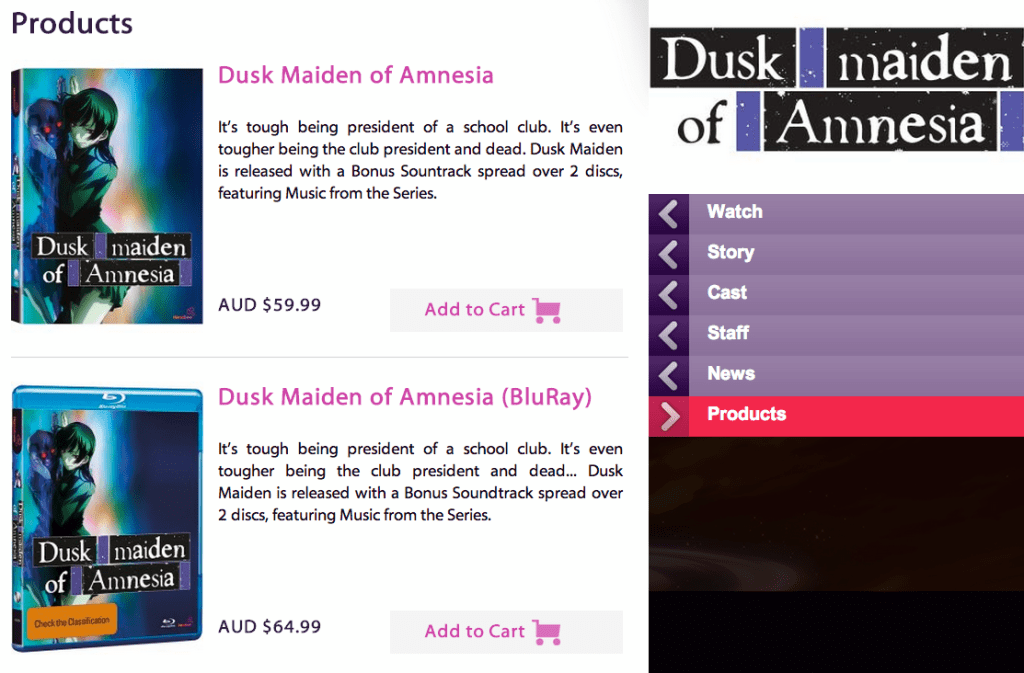 Just a quick update for those whom are considering purchasing the series from Hanabee, the Australian anime publisher have today taken to their official Facebook page to announce that pre-orders are now open for their Blu-ray edition of Dusk Maiden of Amnesia.

Check it out HERE, or read on below for some simple details on the series. The DVD release will set you back $59.99 while the Blu-ray edition is $5 dearer at $64.99.

It’s tough being president of a school club.
It’s even tougher being the club president and dead.

In the most creepy, old abandoned school building lies the Paranormal Investigations Club of Seikyou Private Academy. The president of the club isn’t your typical student though as Yuko Kanoe has been dead for 60 years now, with her body still lying under the clubroom itself. With no memory of her past or of how she died, Yuko has been wandering aimlessly through the school’s halls until she meets Teiichi Niiya.

Teiichi seems to be the only person who can see her and he is determined to uncover the truth. But there are some things that are better left alone and Yuko’s past might just be one of them.