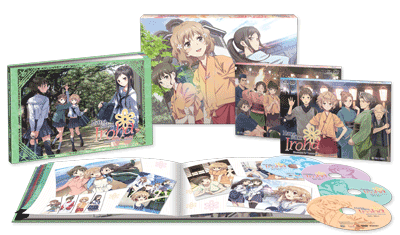 Following their release of the first Premium Edition volume of Hanasaku Iroha ~ Blossoms for Tomorrow ~, video game and anime publisher Nippon Ichi Software America have announced that the second volume release will be available in North America from the 2nd July 2013. This release will as usual be Premium Edition and come with a hardcover artbook, hardcover box to store everything in and a number of on-disc goodies. Released on both Blu-ray and DVD as a set, this will set you back around $69.99 for 308 minutes or 13 episodes of content.