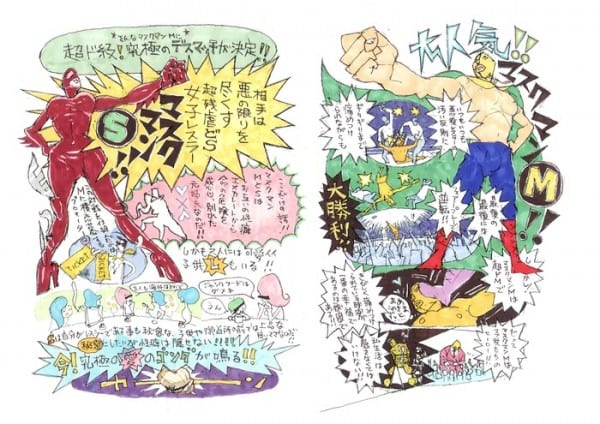 While Kickstarter has appeared on The Otaku’s Study a number of times, a majority of the time this has been for up and coming games… today I shall change the pace a little bit with a recently started-up anime Kickstarter project. For the next 29 days, Project I.G. are appealing fans of anime to pledge funds for their next anime project Kick-Heart. The film is to be directed by Masaaki Yuasa who was also behind Ghost in the Shell.

Kick-Heart is a love story between Romeo, a successful pro-wrestler, and Juliet, a nun who lives a secret double-life as a female pro-wrestler. Romeo’s secret is that he enjoys taking a beating in the ring, while Juliet feels invigorated when facing her opponents as a wrestler. When the two meet in the ring, the fireworks fly. Their story is set in the colorful backdrop of the professional wrestling world. Will Juliet reveal her true identity to the one she loves? Will Romeo be able to share his secret to the world?

About the Actual Film

Kick-Heart will be an animated 2D short film that will be approximately 10 minutes in length. The film has just recently completed pre-production and layout. During the Kickstarter campaign, they will be providing live updates and backers will get exclusive access to Production Artwork, Storyboards, Production Blogs and Interviews with Production I.G. staff 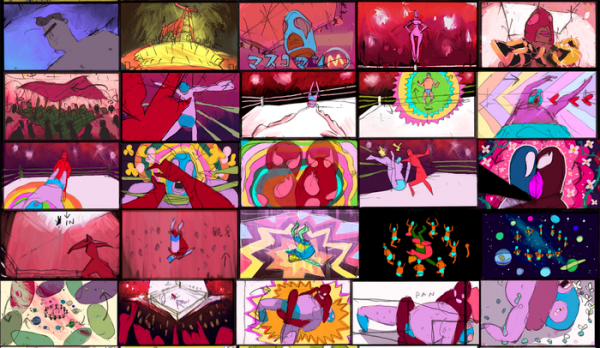 Onto the Kickstarter Campaign

Project I.G. are campaigning for $150,000 in funds pledged, and have already reached $5,361 from 65 Backers. The company has listed a number of pledge levels from $15 which will net you ‘The Monkey Flip’ pack with a 480p Digital Download. The first physical media pledge is at $60 ‘The Pile Driver’ and will net you a Blu-ray (1080p), + Making of Kick-Heart (480p)  + Kick-Heart HD Digital Download (720p) and a Character Designs/Digital Storyboard/Background Art PDF.

Of course… there are pledges at the $250 and $10,000 level, the top tier ‘The Michinoku Driver II’ at $10,000 will net you a private tour of Production I.G, A dinner with Masaaki Yuasa, Mitsuhisa Ishikawa and Mamoru Oshii, 1 night travel and accommodation in Tokyo, 1x Signed by Yuasa Giclee Background art print and Special Platinum Sponsor website and film credit on top of everything else.

If you are interested in reading more and/or pledging, check out HERE.