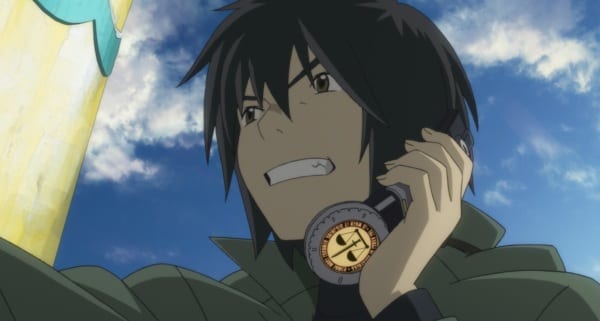 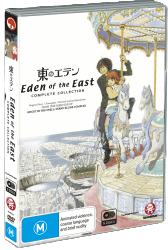 2011 saw Madman Entertainment release both the Eden of the East TV series and movies to Australia and New Zealand on both Blu-ray and DVD – in turn receiving second place in my “Australian Anime Release of the Year 2011”. Following a number of complete collections due for release, Eden of the East is slated for a Complete Collection release in most likely 2013 encompassing the 11 episode anime series and both movie releases “The King of Eden” and “Paradise Lost”. Both DVD and Blu-ray collections will be released and will encompass both English and Japanese dubs where applicable.

Akira Takizawa wakes up naked outside the White House with no memories. He’s got a gun in one hand and a cell phone in the other, and he doesn’t know if he’s a good guy or one of the worst. He doesn’t remember that the phone gives him instant access to ten billion yen and a woman who can make his most outlandish requests a reality.

He doesn’t recall his connection to the ongoing missile attacks terrorizing the Japanese people, or the part he played in the sudden disappearance of 20,000 shut-ins. He doesn’t even remember he’s supposed to save Japan and will be murdered if he fails. Whatever it is he’s tangled up in, Takizawa’s definitely in deep – and that’s not even scratching the surface.

For reviews of this series, check out HERE, HERE and HERE.