A quarter of a century anniversary is a big event for any company, and at the currently on-going Anime Expo 2012 in Los Angeles, California – Right Stuf President and CEO Shawne Kleckner was very active in announcing several new anime acquisitions for the company, the formation of “Lucky Penny”, a new studio-label to release those titles and Nozomi Entertainment’s renewed focus on limited-edition releases for collectors. ALL THIS alongside new details about its current video and print projects including Nozomi’s upcoming limited-edition releae of Martian Successor Nadesico.

Right Stuf announced its license for RISTORANTE PARADISO, the adaptation of the Ristorante Paradiso and Gente manga by Natsume Ono (House of Five Leaves, Not Simple). The 11-episode television series features animation by David Production (The Book of Bantorra). It aired in Japan during Fuji TV’s late-night anime Noise timeslot and was simulcast by Crunchyroll. The manga series is currently available from VIZ Media.

Ristorante Paradiso will be released as a complete series DVD set in Fall 2012 with Japanese audio, plus English subtitles and on-screen translations.

When Nicoletta was a little girl, her mother, Olga, abandoned her and ran off to Rome to remarry. Now, 15 years later and a young woman, she travels to Rome with the intention of ruining her mother’s life. She tracks Olga down to a restaurant called Casetta dell’Orso, but the second Nicoletta steps through its door, everything changes. It’s a peculiar place staffed entirely by mature gentlemen wearing spectacles, and like their clientele, she is helpless against their wise smiles and warm voices. Before Nicoletta realizes it, her plans for vengeance start to fade, and she’s swept up in the sweet romance of everyday Italian life.

The slice-of-life comedy – about a quartet of high school girls and their classmates at a large, private school – is based on the Hyakko manga by Haruaki Katō and published by Flex Comix. It features animation by Nippon Animation, as well as the vocal talents of Aya Hirano (“Haruhi Suzumiya,” “Lucy” in Fairy Tail), Fumiko Orikasa (“Rukia” in Bleach), Michiko Neya (“Riza Hawkeye” in Fullmetal Alchemist), and Yurika Ochiai (“Keiko” in Uta~Kata). It aired during Fall 2008 on TV Tokyo and was simulcast outside of Japan by Crunchyroll.

Hyakko will be released as a complete series DVD set in 2013 with Japanese audio, plus English subtitles and on-screen translations.

Right Stuf also announced the acquisition of the license for AOI HANA: Sweet Blue Flowers, the 11-episode anime adaptation of the manga by Takako Shimura (Wandering Son). This character-driven, coming-of-age drama features direction by Kenichi Kasai (Honey and Clover) and animation by J.C. Staff (Revolutionary Girl Utena, Nodame Cantabile). The series succeeded Ristorante Paradiso in Fuji TV’s Noise timeslot and was also simulcast by Crunchyroll. In 2009, it was recognized by the jury of the 13th Japan Media Festival Arts Awards as a recommended work.

Aoi Hana: Sweet Blue Flowers will be released as a complete series DVD set in 2013 with Japanese audio, plus English subtitles and on-screen translations.

Lucky Penny Entertainment is a brand new Right Stuf studio-label that will be dedicated to releasing high-quality and budget-friendly editions of both anime fan favorites and niche titles. The first three releases from this studio will be the three mentioned above, with all further standard edition releases assumingly going to be released under this studio. This studio will be in replacement of Nozomi Entertainment which will now serve as Right Stuf’s signature line, with a renewed emphasis on releasing collectors’ editions of critically acclaimed and notable series. New Nozomi acquisitions will be released first as limited-edition sets with collectors’ art boxes and other premium features and/or content, such as those included with the limited-edition Revolutionary Girl Utena and Martian Successor Nadesico Complete Collection DVD box sets.

The entirety of Director Tatsuo Sato’s science-fiction comedy MARTIAN SUCCESSOR NADESICO – including the 26-episode TV series, its sequel motion picture (Prince of Darkness), and the first-ever North American release of the Gekigangar 3 OVA – will be released as a limited-edition DVD set on September 4, 2012.

This Complete Collection L.E. will include remastered video from the Japanese DVD release for the Nadesico TV series and Gekigangar 3 OVA and the previously released English-language dub (TV series and film), plus Japanese audio, English-language subtitles and on-screen translations, and on-disc extras. The limited-edition set’s seven discs will be housed in a Thinpak-style, full-color chipboard art box.

The Earth, Moon, and Martian colonies are under alien attack, but the war against the Jovian Lizards has, so far, been nothing short of a series of disasters. Disgusted by the incompetence of Earth’s military, independent arms manufacturer Nergal builds its own space battleship and plans to launch a desperate offensive to save humanity. Due to a shortage of trained soldiers, however, they’ve assembled the most unorthodox crew to ever launch into orbit!

With a pacifist cook turned unwilling mecha pilot and a ditsy admiral’s daughter in command, can this unprecedented gathering of geeks, misfits, and anime fans prevail against the Jovian menace?

Right Stuf Manga and Print on Demand Services
Right Stuf, Inc. announced that, through a special arrangement with creators Tony Salvaggio and Jason Henderson and TOKYOPOP, fans will be able to pre-order the third volume of PSY-COMM in book form for the first time ever, exclusively through RightStuf.com in July 2012. The volume will be released as part of the Right Stuf On Demand program in late August 2012. The move was driven by fan demand for the dystopian, science-fiction action-adventure.

The first print run of HETALIA AXIS POWERS, Vol. 3 is now shipping. Through an arrangement with Japanese publisher Gentosha Comics and TOKYOPOP, Right Stuf is offering this volume – in English-translated and book form for the first time ever – with an eight-page color insert. Once the initial print run sells out, the volume will be transitioned to Right Stuf’s print-on-demand program, like the previous two volumes of the series. All three volumes of the Hetalia manga are available now.

And BIZENGHAST, Vol. 8, from creator M. Alice LeGrow, will also be in book form for the first time ever, in late July 2012. For a limited time, fans who pre-order the volume will also receive an exclusive postcard featuring art from the series. 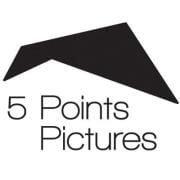