Funimation Come to Otakon With a Pile Of Anime Announcements

When it comes to almost any North American anime convention, the one company you can almost expect to come with a big bag of anime announcements is Funimation Entertainment. At this years Otakon, this was no exception with the company providing a number of interesting anime series it intends to release over the coming months. These series are as follows: 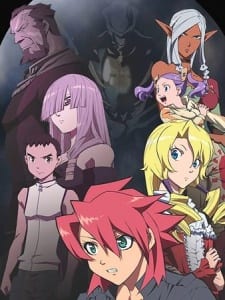 Kenshi Masaki is the half brother of Tenchi Masaki and used to live in Japan, that is until he was summoned to the land of Geminar. The Land of Geminar has been witness to an endless amount of wars that have been fought using Seikijin, bio-mechanical weapons controlled by a capable warrior called a Seikishi using magic power called Ahou. It is revealed that Kenshi is an amazing Seikishi and it seems someone has a reason for Kenshi to be in Geminar, but who and why are not known. 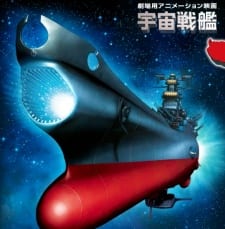 In the year 2220 of the Western Era. A crisis is approaching Earth – the expansion of a moving black hole. An operation of immigration is undertaken to move over 300-million people from Earth. The latest transportation fleet is attacked, but is defended by Space Battleship Yamato, now commanded by Susumu Kodai. Aboard is daughter Miyuki, child of Susumu and Yuki. 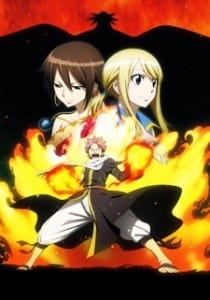 The film revolves around a mysterious girl named Éclair who appears before Fairy Tail, the world’s most notorious wizard’s guild. She lost all of her memories, except for the imperative that she must deliver two Phoenix Stones somewhere. The stones may spell the collapse of the magical world, and Natsu, Lucy, and the rest of the Fairy Tail guild are caught up in the intrigue.

IN ADDITION, another 24 episodes have been acquired for release in the main series. 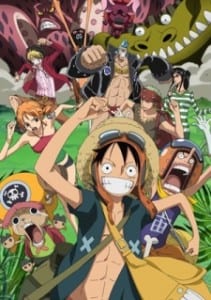 The story begins somewhere between the Impel Down arc and the Marineford arc. The main villain’s name is “Golden Lion” Shiki. 20 years ago he lost a battle against Monkey D. Garp and Sengoku and was imprisoned in Impel Down, but managed to escape. After that he starts to collect his crew and steals Nami to make her his navigator. Luffy tries to get to Shiki’s hideout to free his friend.

IN ADDITION The fifth season of One Piece (Episodes 264 – 336) has been acquired and will be released in Summer 2013. 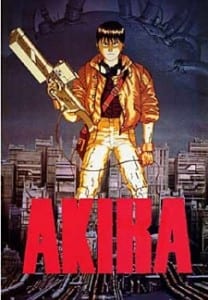 In the year 2019, thirty-one years have passed since the outbreak of World War III. In Neo-Tokyo, all authority is waging a never-ending struggle against the underground that virtually rules the shattered city. A top-secret child with amazing powers of the minds breaks free from custody and accidentally gets a motorcycle gang involved in the project. The incident triggers psychic powers within one of the members, Tetsuo, and he is taken by the army and experimented on. His mind has been warped and is now on the path of war, exacting revenge on the society that once called him weak. 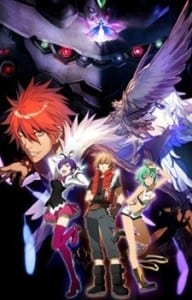 12,000 years have passed in this world, the story of Apollon and Sylvie have become a children’s story called “Skies Of Aquaria”. The “Abductors” Invaders from Altea come to Earth with only one purpose, they invade to harvest humans. DEAVA the Aquaria Academy exists to train men and women to use Aquaria, but they cannot ever merge because of Guize stones, these block an “unholy union” between genders. The story follows Amata and Mikono in their enrollment into DEAVA, and fight the Abductors. 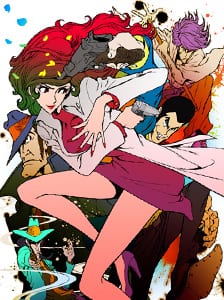 Lupin the Third, Fujiko Mine

What happened when Lupin III met Fujiko Mine for the first time? Find out in the first new chapter of the Lupin III franchise in 25 years! 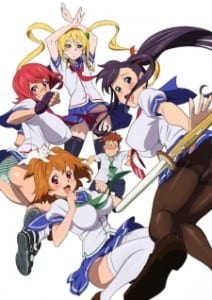 Based on the manga series by Hiromitsu Takeda, this romantic comedy is about Takeru Ohyama, a typical perverted teenage boy. His new school doesn’t require entrance exams, and it just turned co-ed! Unfortunately, his dreams of a happy high school life are dashed when he finds out the school is much more than it seems. All of the students wield a special item – a Maken – to unleash their magical abilities in duels! Can Takeru find a Maken that works for him? Even while trying to fit in at a new school and dealing with all kinds of girl problems? 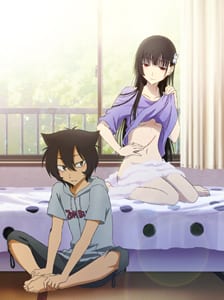 Furuya’s not interested in the living, he’s got zombies on the brain! When Furuya’s cat dies, he decides he’s going to try and bring it back to life. In the process, he stumbles across a girl who is involved in an accident and turns into a real zombie! What’s Furuya going to do now that the thing he loves the most is right in front of his eyes?

Through many nostalgia-driven cartoon projects and other media franchises such as the video game Cuphead, older styles of animation have received a renewed...
Read more
Anime

Even though there is a wealth of anime available via official video-on-demand streaming services across western markets, sometimes it is nice to have a physical copy of your favourite series in your hand.
Read more
Anime

A Silent Voice Streaming on AnimeLab for Limited Time

As many still remain in lockdown over the COVID-19 pandemic, Australian anime publisher Madman Entertainment has done their part to keep anime...
Read more