Fruits Basket to Air Every Sunday Night on ABC3 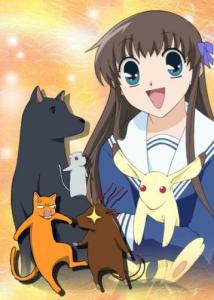 Madman Entertainment, an Australian distributor of anime and eastern titles (Amongst others) to the Australian and New Zealand markets have today announced that you will be able to soon catch Fruits Basket on TV. Every Sunday night at 8:15pm, ABC3 will be airing a single episode so if you have not had the chance to purchase the DVD release and want to remember what was so captivating about the series, now is your chance to!