Gundam Unicorn to Receive Seventh and Final Episode – Madman to Release Episodes 4 and 5 in August and November 2012 Respectively. 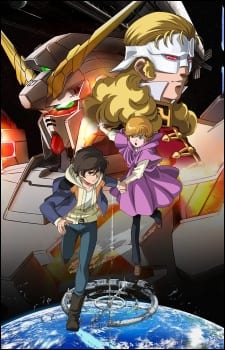 News released over the weekend from the special screening of Mobile Suit Gundam Unicorn have revealed that the sixth episode in the franchise will be released in Spring 2013, surprisingly almost a year from now. Fans of the series will be happy to know that the story will not end with Episode 6, but continue on into a special seventh and final episode – to be produced and released after Episode six (So…. 2014 release date???).

This has been noted as being due to the vast amount of storyline they wish to include in the Gundam Unicorn series, and six episodes is just not enough. As this news was sourced from Madman Entertainment’s own Slykura (HERE), this also comes with the news that Episode 4 of Gundam Unicorn will be released on DVD in Australia and New Zealand in August and September respectively. Episode 5 is due for release in November.