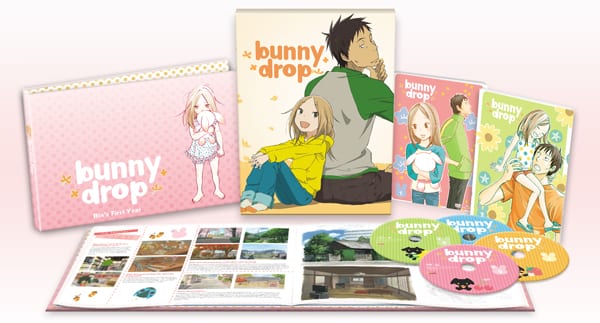 Those outside of Australia and New Zealand have yet to been able to get their hands on an English localized release of Usagi Drop (Aka. Bunny Drop). Fortunately, those in North America will be able to pick up a copy of the series real soon when Nippon Ichi Software America releases their Premium Edition of the series this August.  This acquisition was announced at the recent Anime Central convention, and with this announcement also comes details of their cutesy premium packaging and extras. These include:

I have not hidden the fact I really do enjoy this series, handing out an S Grade for the Siren Visual anime release and crowning it my Japanese Anime Release of the Year 2011. You can pick this up for $69.99 from the 7th August 2012.