Siren Visual to Release DuRaRaRa!! The Complete Series this June 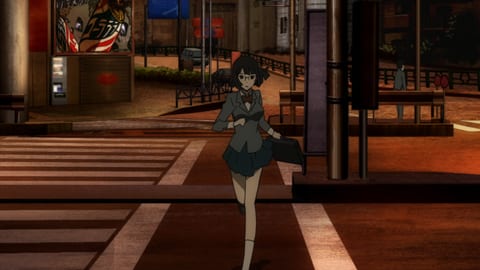 For those of you who have not experienced the non-linear anime experience of DuRaRaRa!!, then now is your chance with Siren Visual having just announced that the Complete Series for the show will be released in Australia on the 21st June 2012.

At the invitation of his childhood friend Masaomi, Ryuugamine Mikado transfers from his home in the country to a school in the city of Ikebukuro. Masaomi has warned him about people he doesn’t want to cross in the city: a champion fighter, an informant, a pharmaceutical company who is commissioning the abduction of women off the street, and a mysterious gang called “Dollars.” Nervous in the labyrinth of Ikebukuro, Mikado witnesses an urban legend on his first day in the city -CELTY: a headless, black-clad motorcyclist who rides the streets with no headlights searching for its stolen head. From then on, the existence of the supernatural and a gang called the Yellow Scarves will rise to the surface…Ikebukuro will be pushed to breaking point!