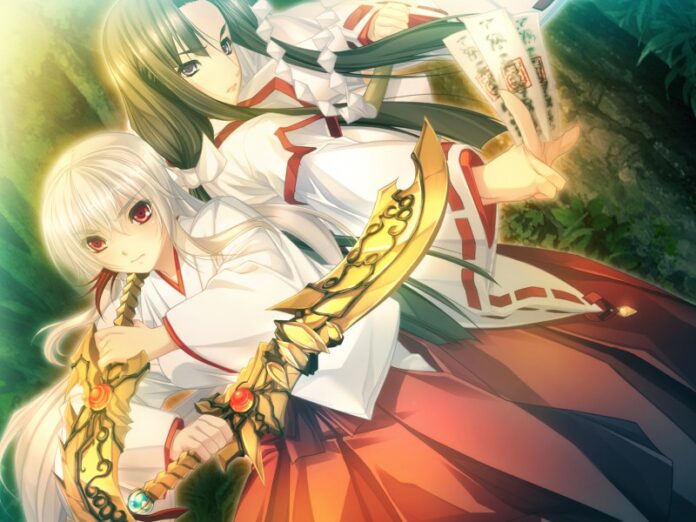 Created by Izumi Ban’ya, one of the writers on visual novels such as euphoria and No, Thank You!, MangaGamer has announced they will be releasing Liquid’s 18+ visual novel Eternal Torment ~An Immortal Girl’s Dance of Disgrace via their online store starting 1 October 2020. This pre-Halloween release is not for the faint of heart, from the preview images alone (below) detailing some more harsher events which await the characters. Eternal Torment ~An Immortal Girl’s Dance of Disgrace will be released at a standard retail price of $44.95, featuring no mosaics over “naughty bits” and full voice acting of the female cast.

Want to know more about Eternal Torment? Keep scrolling below for preview CG artwork, a story synopsis and character bios!

The Story of Eternal Torment

The protagonist lived in a world with a strict and ever-present class system. She was the slave of a deformed, vulgar master, and endured his mental and physical abuse each and every day.
However, she accidentally received eternal life from the king of their world, and was stripped of what little rights remained to her.

The people descended upon her with cruelty and malice. They played with her, knowing that she could not die. The protagonist wanted to be free of such an eternity, but could not even commit suicide… However, someone told her that if she killed the king, she could also die. She attempted such a murder, failed, and had to escape from the town, her pursuers hot on her heels.

An unfathomable length of time would then pass, in which she would meet other people and have to part from them, at times threatened by the pursuers the king had sent…

What future awaits someone who cannot die?
This is the story of a girl cursed with that cruel fate.

The protagonist of this story.

She possesses no memories of her past and is treated like an animal by Gegg, her master. Eventually she becomes immortal, and is horribly abused by the townspeople.

After escaping from the king’s town, she lives through Middle Age Europe, the American frontier, Meiji Japan, and our present day, growing stronger as a person all the while.

A woman from the upper classes of the king’s society.

She has the right to attend parties in the castle and despises our lower-class heroine. She enjoys tormenting the protagonist and setting men upon her.

The King of a Ruined World

The king ruling over the only town that still exists in a wasteland covering the whole planet.

The king is immortal, and is said to be the source of all life. Nobody knows the truth, but the people of the town venerate the king just the same.

One of the ladies who lives in the castle of the vampire Gustave.

She looks after the protagonist when she is taken by Gustave and accompanies her on her travels. She used to be a normal human being, but has since become Gustave’s kin.

She provides invaluable advice and support to the protagonist.

A vampire who has sucked the blood of many women and brought them home to live in his castle.

He looks horrifying, and the villagers fear him as a demon and a monster. When the protagonist arrives in his world, he takes her back to his castle and she becomes one of his ladies.

A little girl who strongly resembles the protagonist.

It is a mystery as to who she really is.

As part of their Anime Expo 2022 announcements, visual novel licensor, localiser and publisher...
Previous articleDo You Prefer a Cafe of Catgirls or Doggirls? WanNyan ☆ à la mode Releases in English
Next articleSuper Mario 3D All-Stars Is The Nostalgia Trip We All Need During This Pandemic
Twitter Youtube
© The Otaku's Study
Go to mobile version