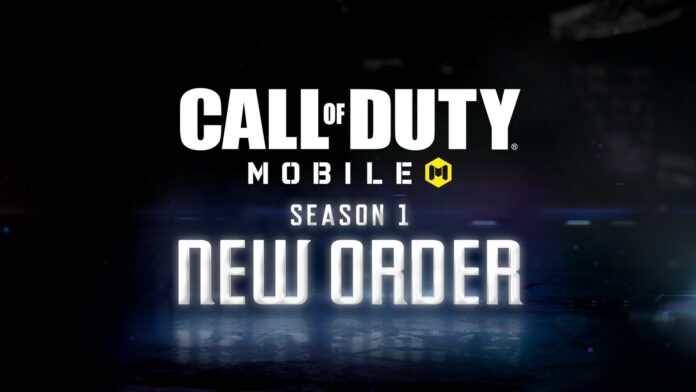 It might not be for everyone given the small confines of the smartphone screen, but since 2019, Activision and Chinese-based development studio TiMi Studios have offered a mobile version in the popular Call of Duty first-person-shooter video game IP. Technically the 14th season overall but “refreshing [their] seasons” with “a clean slate”, the first in-game season of 2021 titled New Order has gone live.

Call of Duty Mobile: New Order offers new content for new and returning players alike. These include a new original multiplayer map, extended Multiplayer game modes, additional unlockable weapons, a battle royale game mode and a range of rewards and Battle Pass content. It has now been rolled out onto servers.

An overview of content, both available for free and part of paid micro-transactions, can be read below:

New Order brings two new weapons to the mix, including the FR. 556, a free base weapon unlocked at Tier 21. This assault rifle packs a mighty punch, and performs well at medium-to-long range. In fact, the FR. 556’s burst fire capability makes it a surprisingly good weapon for long-range fights.

Purchase the Battle Pass for the chance to earn all of the content available in the New Order stream. Unlock cyberpunk style character skins like FTL – Power Line, Spectre – Chrome, Prophet – Geist, and David Mason – Enforcer. Expand your arsenal with epic blueprints like the Cordite – Tech Noir, the Locus – Carbon Cat, the FR .566 – Rogue Agent, the HBRa3 – Capacitor, and the HG-40 Cybersick.

Those looking to put in more effort can earn another base weapon, the SKS, via the seasonal challenge Battle Royale Bluff. This Marksman Rifle is all about dominating long-range firefights with its fast-firing Kilo Bolt-Action. The SKS will be available in mid-February.

Battle it out in the dilapidated remains of a holiday shopping complex in Reclaim, a brand-new and original map joining the Multiplayer rotation on Call of Duty: Mobile. Stick to the ground floor boutiques and fight it out against enemies in the street, or head upstairs for the height advantage at the risk of getting ambushed at a moment’s notice.

New Order expands two fan-favorite modes into even more chaos with the addition of 3v3 Gunfight and 20-player Attack of the Undead. In Gunfight, a third teammate creates all kinds of new possibilities for winning rounds, and with 20 players in Attack of the Undead you’ll need to be in top fighting form to fight off the horde.

Blitz is here as a brand-new Battle Royale variant featuring 40 players in a fast-paced match. It’s not much over ten minutes until the final safe zone forms, so stay alert and keep moving forward into ever more present danger.

Don’t fret, though, as the map is filled with extra items to compensate for the mode’s shorter duration. From equipment to weapons, it’s only a short search away from a strong loadout, letting you focus on the battles ahead.

If you have been waiting for your chance to play Marvel's Avengers on the...

While it sounds like a no-brainer concept that should/could have been included years ago,...

Star Citizen Alpha 3.14 Now Available to All Backers on PTU