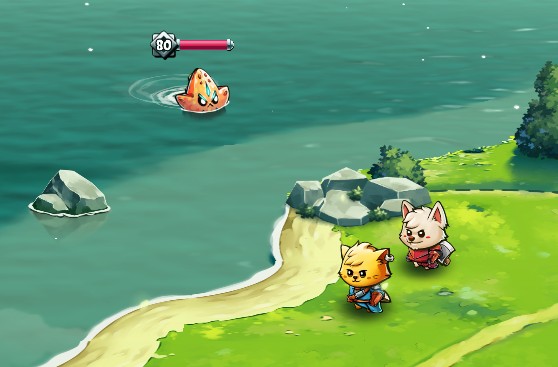 While both games have been available digitally for some time now, perhaps you are someone who is putting together a cat-themed video game collection, or just like collecting physical copies of games in general. PQUBE along with Singapore-based developer The Gentlebros has released The Cat Quest Pawsome Pack worldwide, containing copies of both the original Cat Quest and Cat Quest II on the Nintendo Switch and PlayStation 4.

Cat Quest II is an open-world action-RPG in a fantasy realm of cats and dogs. Sequel to the original, Cat Quest II lets you play solo or with a friend, as both a cat and dog, heading out on a quest in a world filled with magic, monsters and plenty of loot to plunder. It chronicles the “tail” of two kings, brought together against their will, on a journey of paw-some discovery to reclaim their thrones.

Available at select retailers across each territory from Walmart in the United States, VGP in Canada and GAME in the United Kingdom, a special collection is available which contains the collection and exclusive pin badges featuring the two protagonists of Cat Quest II. Other retailers will still stock the collection, albeit without the badges.

What if you already own the game and don’t feel like purchasing the physical edition?

Due to launch on International Cat Day 2020 (8 August 2020), The Gentlebros will begin rolling out ‘The Mew World’ patch for Cat Quest II. This free update will introduce many quality of life features and improvements including a new ‘Mew Game’ Mode, new enemies, item sorting, sprinting, improvements to the defence stat and more.

Digimon: Digital Monsters was the standout classic from my childhood. Although overshadowed by Pokemon, this was...
Previous articleThe Millionaire Detective – Balance: UNLIMITED Recommences Streaming on AnimeLab
Next articleMadman Open Anime Pre-Orders for October 2020
Twitter Youtube
© The Otaku's Study
Go to mobile version