Nintendo consoles are not complete strangers to tactical RPGs developed and published by Nippon Ichi Software. Internationally, a few select titles such as Disgaea: Hour of Darkness (Disgaea DS – Nintendo DS) and Phantom Brave (Phantom Brave: We Meet Again – Nintendo Wii) have been published on their consoles by Nippon Ichi Software America. However, the Disgaea franchise as a whole could be more or less considered as a brand one would expect to see on a PlayStation console.

With Nintendo announcing even more of their plans for the Nintendo Switch, Nippon Ichi Software have confirmed they will be bringing their latest Disgaea game – Disgaea 5: Alliance of Vengeance to the new home/portable hybrid console. Forgoing one of their fancy titles at this time, this port is currently going by the title Disgaea 5 Complete.

Disgaea 5 Complete will come with the full story introduced in Disgaea 5: Alliance of Vengeance, in addition to “all 8 bonus scenarios, 4 fan-favorite characters, and 3 character classes” which were originally available as downloadable content on the PlayStation 4 release.

Disgaea 5 Complete is not currently listed as a launch title for the Nintendo Switch, listing a “Spring 2017” launch window. Expect to hear more on this game soon. You can read my review of the PlayStation 4 edition of Disgaea 5: Alliance of Vengeance HERE.

Disgaea 5 Complete tells a tale of revenge and rebellion. As a new and terrible Overlord named Void Dark seeks to enslave the countless Netherworlds, one young demon has stood to end his reign—Killia. In Disgaea 5 Complete, lead Killia and his tenacious army of rebels on their dark and dangerous path to vengeance. 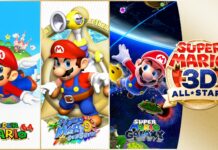 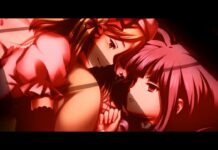