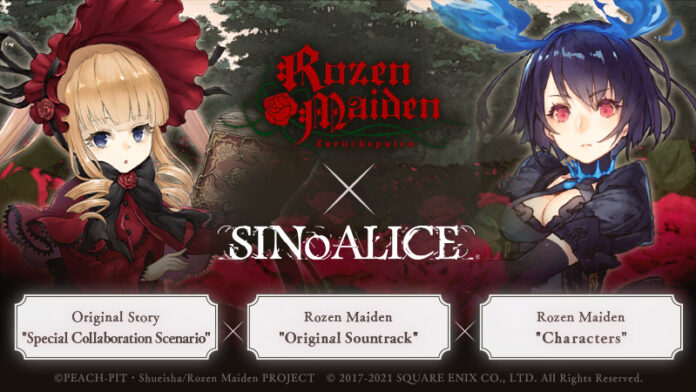 They may feature two very different gothic lolita style of combatants, but the universes of Yoko Taro’s smartphone game SINoALICE and PEACH-PIT’s multimedia franchise Rozen Maiden are expected to collide in the near future.

Developers/publishers Pokelabo and Square Enix have confirmed that a new global collaboration event between the two will “soon begin”. It appears, based on the music, animation and logo used in the preview video (below), it will be tied in with the more recent Rozen Maiden: Zuruckspulen anime – now available internationally from Sentai Filmworks (US) and Madman Entertainment (Australia).

Specifics are patchy right now, but we do know that this will feature a newly written collaboration scenario, appearances from Rozen Maiden characters, and audio from the anime’s original soundtrack.

Expect to hear more about this collaboration in the near future.

As a relatively new service on the market, officially being available for a couple...

While there are a number of limitations that would prevent many reading this from...

Following their 2020 crowdfunding campaign on Kickstarter, the Brisbane-based development team at Flow Studio...