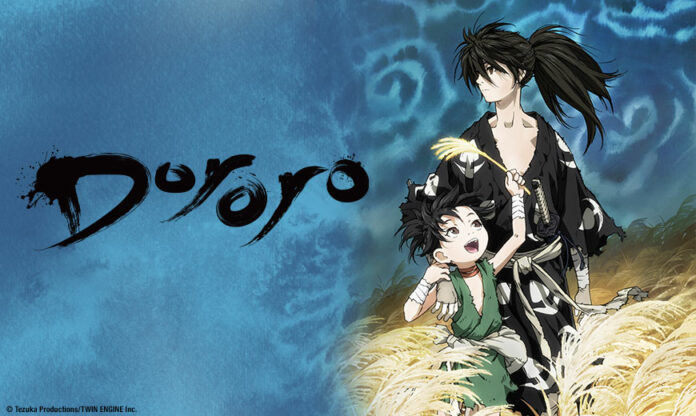 In the latest acquisition announcement from US-based anime publisher Sentai, the 2019 TV anime Dororo, based on the original manga by author Osamu Tezuka, is due to be released on store shelves in the near future. This distribution deal covers a wide range of territories including the United States, Canada, United Kingdom, Australia, New Zealand, South Africa, Latin America, Spain, Portugal, the Netherlands and other Nordic and Scandinavian countries.

The home video release of Dororo will feature not only the original Japanese audio, but a new English dub. The English voice cast has yet to be announced, but expect to hear more about this in the coming months. A home video release is due to be available from mid-2021, with digital distribution also planned.

During the Warring States period, the young thief Dororo encounters the enigmatic “Hyakkimaru,” a strange, sightless boy who wields fearsome prosthetics in place of his missing limbs. Parts of Hyakkimaru’s body, skin and organs were traded to a group of 12 demons by Hyakkimaru’s father in exchange for power and prosperity, but thanks to a kindly medicine man, Hyakkimaru survived his horrifying ordeal. Now he wanders the land in search of his missing body parts, and together he and Dororo will fight to survive in a demon-plagued, dangerous and unforgiving world.

While it not a wild guess to say that most fans of anime would...
Previous articleStrategy RPG Shachibato! Launches on PC
Next articleThe Elder Scrolls Online to Receive Native PS5 / Xbox Series X Client
Twitter Youtube
© The Otaku's Study
Go to mobile version