Love, Chunibyo and Other Delusions -Take on Me! Joins AnimeLab’s Valentine’s Day Line-Up 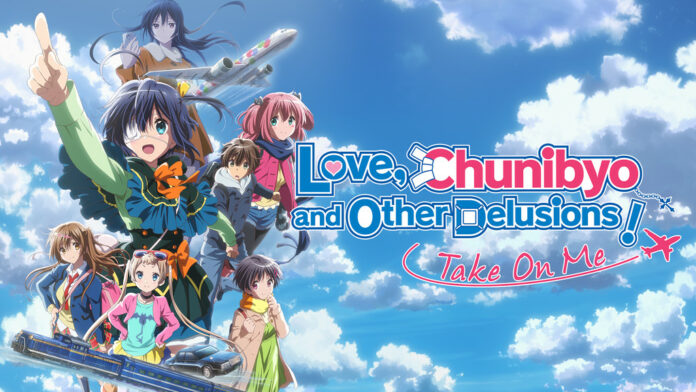 In addition to curating a library of lovey-dovey anime films and series for you to watch on this day of love, the AnimeLab team has also added the romantic-comedy film Love, Chunibyo and Other Delusions -Take on Me! to their official streaming line-up. Available to active premium subscribers only with both Japanese and English audio options, this film serves as a sequel and (currently) final instalment in the animated adaptation of Torako’s original light novel series.

If you are a premium AnimeLab subscriber, you can begin watching the film on a compatible device by clicking HERE. Haven’t watched any episodes of Love, Chunibyo and Other Delusions yet? You can watch all 24-episodes HERE.

About Love, Chunibyo and Other Delusions -Take on Me

Yuta and Rikka may have finally started to come to terms with the various delusions that have run their lives, but as their relationship becomes progressively more real, their development as a couple seems to be increasingly in danger of stalling out! When your relationship is partially the result of a series of fantasies, what can reality serve up that’s equal to the make-believe? Rikka’s sister decides that she’s going to move to Italy and take Rikka with her, and the solution that Rikka and Yuta decide on is both improbably logical and unrealistically practical: They’re going to elope! For real!

A sometimes underappreciated film which served as the directorial debut of legendary Japanese animated...

With very creative and inspiring musicals and stage productions teased and released annually, it...

Building upon the small but growing collection of retro anime available to stream on...