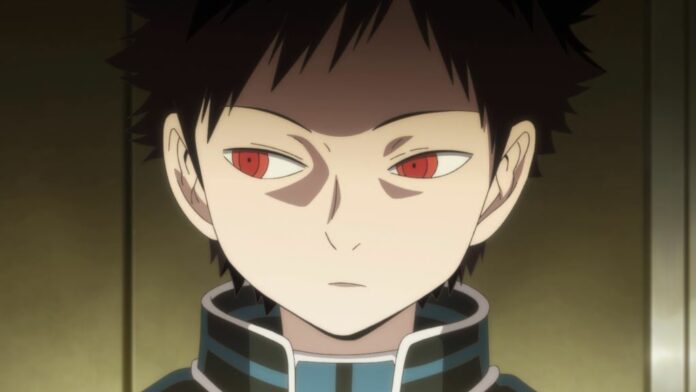 Claiming that “Christmas [has come] early for anime fans”, Toei Animation has announced that their second season of World Trigger will begin airing on the CrunchyRoll (English) and Anime Digital Network (France) streaming platforms from Saturday 9 January 2020. World Trigger Season 2 will be accessible to anime fans across the globe simultaneous with Japan, in a shared simulcast window. All subtitled episodes will stream day and date with the TV broadcast in Japan.

But in potentially an even bigger announcement from the studio, it was confirmed that a third season of the sci-fi action series will be going ahead, although air dates are currently unknown.

“World Trigger” is based on the sci-fi action manga series of the same name launched in 2013 and written by Daisuke Ashihara. With now 21 volumes in print, “World Trigger” was initially serialized by Shueisha in Weekly Shōnen Jump before moving to Jump Square in late 2018, where it continues to be published today. Toei Animation produced the original 73-episode series, which aired from 2014 to 2016 in Japan. For this new production, Toei Animation brought together a new series director, Morio Hatano (“Dragon Ball Super” – Future Trunks saga), with key members of the original staff as well as the original voice cast. Original staff members include Hiroyuki Yoshino (series composition writer for Eps 1-48), Kenji Kawai (music composer) and Toshihisa Kaiya (character designer).

Border Defence Agency was established to counter the attacks from the “Neighbors,” beings from the other world possessing unknown forces. A low rank Border agent, Osamu Mikumo (voiced by Yuki Kaji), teams up with a Neighbor, Yuma Kuga (voiced by Tomo Muranaka), and a childhood friend, Chika Amatori (voiced by Nao Tamura).

They strive to win through the Rank Wars within the Border to be selected for the away squads to the “Neighborhood,” the other world. Meanwhile, another attack from the Neighborhood was detected. Mikado City is still damaged from the second large-scale invasion by the largest military nation, Aftokrator.

To prevent panic among the city and citizens, Border arranges a confidential interception based on the foresight of Yuichi Jin (voiced by Yuichi Nakamura) by mainly deploying selected A-Rank elite squads. But when a Gate appears, and Attacker rank #1 Kei Tachikawa (voiced by Daisuke Namikawa) set to take action, Jin sees an ominous future.

As with many other countries worldwide, there is no longer a requirement to wait...

Been waiting to watch new episodes of Attack on Titan Final Season in English?...

In October 2017, 325 international backers (including myself) raised ¥8,980,540 to support the localisation...
Previous articleSulake Roll Out Habbo Unity Client Open Beta
Next articleAlbedo Welcomes You to The Frigid Dragonspine – Genshin Impact
Twitter Youtube
© The Otaku's Study