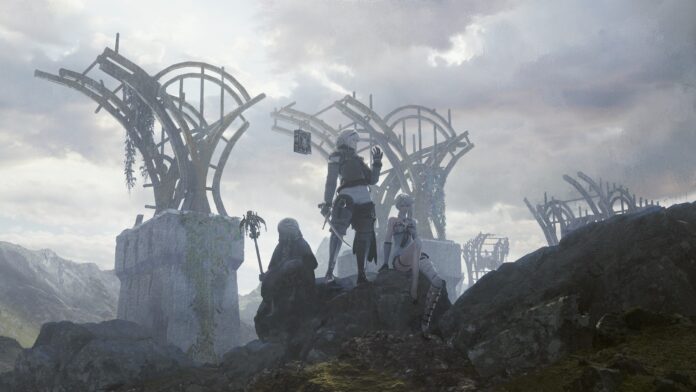 A return to the adventure game which started it all, Square Enix together with developer ToyLogic have been working on remaking the Replicant version of the original NieR for current-generation platforms including the PlayStation 4, Xbox One and Windows PC. During a dedicated livestream presented as part of the Tokyo Game Show 2020 online offerings, it was confirmed that this game – titled NieR Replicant ver.1.22474487139… – will be launching internationally across all platforms on 23 April 2021.

NieR Replicant ver.1.22474487139… sets out to be a modern retelling of Nier: Replicant, which originally released in Japan in 2010. Players are invited to experience a dark, post-apocalyptic world as they join a brother’s captivating quest to cure his sister of a deadly disease – a quest which will in turn make them question everything. The biggest difference between the Replicant and Gestalt version we originally released in the west is the main protagonist. While Replicant follows a young brother looking to save his sister, Gestalt follows an older father striving to save his daughter. While I do look forward to playing as the young protagonist for the first time, I am curious if they will bring the older one back in some shape or form.

Available via select retailers including the Square Enix Online Store, a special “White Snow Edition” of the game will be offered. In addition to the game on any of the three platforms, this set includes:

Script Set
A set of seven books including the content of the spoken script of the game, exclusive to the White Snow Edition. Packaged in a special hard case, featuring unique cover art by character designer Akihiko Yoshida. Available in English only.

Soundtrack CD Set
A two-disc collection – one disc featuring tracks from NieR Replicant ver.1.22474487139… specifically edited for this set, and a second disc featuring special arrangements, overseen by Keiichi Okabe, of select tracks that are exclusive to the White Snow Edition. The set is presented in a premium Grimoire Weiss-inspired package.

Aren’t able to nab yourself a copy of the White Snow Edition or don’t want to spend that much money? NieR Replicant ver.1.22474487139 on each platform will feature a small collection of digital pre-order bonuses, which include:

PlayStation 4
All editions will include an exclusive PlayStation®4 system dynamic theme and avatar set. Pre-orders will also include a digital copy of the mini soundtrack featuring a sampling of songs from the White Snow Edition soundtrack CDs.

Xbox One
Pre-orders will also include a digital copy of the mini soundtrack featuring a sampling of songs from the White Snow Edition soundtrack CDs.

Steam (PC)
All editions will include a special digital wallpaper collection. Pre-orders will also include a digital copy of the mini soundtrack featuring a sampling of songs from the White Snow Edition soundtrack CDs.