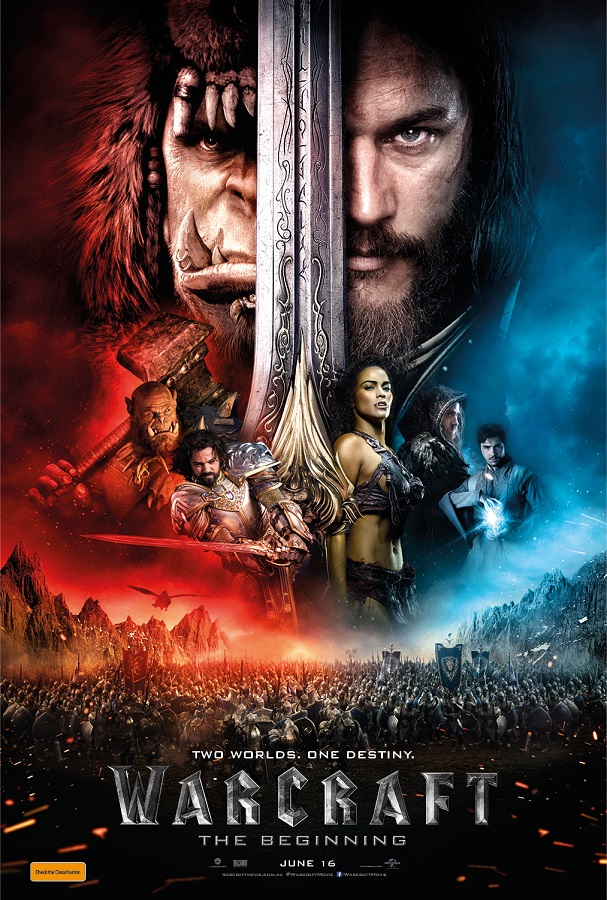 Haven’t tried out World of Warcraft before but attending a screening of Warcraft: The Beginning in cinemas when it begins next month? Blizzard Entertainment Australia have confirmed that those who buy a ticket to see the movie at HOYTS cienemas will receive a free digital copy of the MMORPG World of Warcraft while stocks last. It isn’t clear how long a subscription this copy of World of Warcraft will come with – given that WoW still follows the paid subscription model.

A whole new audience will experience the war between the Alliance and the Horde when the Warcraft movie hits theaters. We’re excited to give HOYTS moviegoers a chance to participate in that conflict firsthand and explore Azeroth for themselves after seeing it on the big screen.

Although this might not be of much use to those who already have subscriptions, Blizzard Entertainment are incorporating some tie-in opportunities in-game. Players will be able to customise their in-game weapons with four movie-inspired looks, including the ornate sword and shield carried by soldiers of the Alliance, a massive and menacing Horde axe and the staff of the fel-twisted orc warlock Gul’dan. Players who log in to the game between May 25 and August 1 will automatically receive this free set of cosmetic gear to permanently add to their collection.

Facebook
Twitter
ReddIt
WhatsApp
Pinterest
Telegram
Previous articleSiren Visual Anime to Be Available at JB Hi-Fi This Weekend for Up to 40% Off
Next articleDetails Provided About v1.2 “Conflict” Update for Tom Clancy’s The Division