The Sims 4 Get Together

I think one of the more significant issues with every new numbered instalment in The Sims franchise is that players have to once again start from scratch, working primarily with the core gameplay features rather than the expansive feature set unlocked through expansion packs with the previous game. Previously the shift to a 3D world with The Sims 2 and an open world in The Sims 3 mitigated some of the problems, as there was plenty on offer to explore. Not helped by the 11 diverse expansion packs offered with TS3, starting with The Sims 4 was a bit harder. While some features such as visitable community lots and objective-driven parties were offered right off the bat, limitations such as the small number of lots, several core features not present in the game and only a semi-open world meant there wasn’t as much to explore. Earlier this year, Electronic Arts published the game’s first expansion pack – The Sims 4 Get to Work, which presented a distinct idea of allowing players to follow their Sims to work. Although some credit must go to The Sims Studio for deciding not to go with a safer expansion pack option, the limited number of jobs one could directly travel to and only a simple retail system meant the longevity of this expansion for me was not there.

Wrapping up 2015 with the release of their second expansion pack, The Sims 4 Get Together, have The Sims Studio managed to offer a memorable experience to fans? To be honest, I was incredibly sceptical of this pack at first, thinking it was little more than a mish-mash of social opportunities which wouldn’t have as much charm as either The Sims 3: Late Night or The Sims 2: Nightlife. Although I would not say it is a flawless expansion, the experience provided was surprisingly satisfactory. It provided me a real reason to revisit many of my earlier Sims and craft new ones – in order to cultivate the social communities which had begun to prosper in my neighborhoods.

The main feature introduced in The Sims 4 Get Together are clubs, congregations of up to eight Sims who unite based on a variety of factors, and work to uphold a set of values/actions. This system was first implemented in The Sims 3: University Life on a much lesser scale, where Sims were locked into joining either the Jocks, Nerds or Rebels. This time around players are immediately given access to a number of clubs including the Avant Gardes (Who value literacy and coffee) and The Good Timers (Teens – Elders who appreciate bar drinks and pub games). These are populated by Sims in the newly introduced world, and can be joined by your Sims either with or without a try-out period.

However, players are not just locked into clubs which have already been implemented by the developers. It is also possible to create custom clubs for individual Sims, setting your own requirements for membership and club activities you wish or don’t wish your individual Sims to partake in. For example, one club I created was called “Disco Fevers”. This club was populated by those who had a Skill Level of at least 2 in Dancing, DJ Mixing and/or Motor and were not married. Those in this club are encouraged to dance and DJ Mix whenever together, however risked club retribution or being kicked out should they either “be mean” or “WooHoo”. Many actions in The Sims 4 at this time are covered by this in-depth club creation system, and can be used to craft some really unique clubs.

Once a club has been created, the leader is able to accumulate points which can be spent on unlocking additional perks for their social group. For example, these points can be traded in for secret handshakes, a change in the club’s status/notoriety, expand club sizes (from six to eight), obtain social/skill bonuses, grant access to a particular vibe, obtain clothing/decor and more. In total there are 77 acquirable perks, which will require some dedication to unlock. Club leaders can also restrict members to a certain type, colour or style of clothing when they get together. As you can see in the image above, there is nothing stopping you from having a club which enjoys getting together to play concertos on the piano whilst wearing heavy suits of armour.

After throwing all the various club interactions and activities into the mix, which range from completely new activities to those which just better involve the entire club, this is a very enjoyable system to use. Although it is completely possible to enjoy the game without using it, this system is a great addition to the “life simulation” aspect of The Sims 4. After all, whether it is a group of friends or a society united together over a particular interest, most of us in real life could be considered part of several “clubs” or groups.

For those after more skills for their Sims to hone and obtain, The Sims 4 Get Together only comes with two – Dancing and DJ Mixing. As you might expect, both of these offer plenty of opportunities when it comes to the new nightclub lots, and can generally be considered expanded versions of what have been offered in past numbered instalments. Dancing for example is no longer a hidden skill, and allows your Sims (Teen – Elder) to take part in dance battle and a variety of group dances. DJ Mixing on the other hand provides a Sim an opportunity to become the life of the party, as they pump out music from a large number of genres. From my experience, neither of these skills will earn our Sims a lot of simoleons, and are generally more for entertainment purposes.

With TS4: Get to Work only including a tiny store-oriented world containing a mere four lots, you might be glad to know that TS4 Get Together’s ‘Windenburg’ is an expansive and beautiful European-inspired world. In total there are 27 lots split across a variety of different lot types. While there are some common lot types including the library and gymnasium which some might want to demolish for extra residential lot space, Windenburg also features several new lots to visit including a community pool, two nightclubs, a cafe/coffee house and more. Each of the lots included with the expansion are nicely designed, keeping with the world’s theme.

As one might expect from any Sims expansion pack, The Sims 4 Get Together features a plethora of new clothing and object offerings. New objects range from simple additions such as new chairs, to some interesting interactive items such as a four-player arcade machine.

Final Words on The Sims 4 Get Together

While The Sims 4 Get to Work came with an ambitious goal of allowing you to see what happens when your Sims go off to work for the day, it ultimately ended up being very limited in scope, with only three careers featured in the pack. The Sims 4 Get Together on the other hand is primarily about the club system, which from my perspective is a more simplistic and less complex goal to deliver. However, The Sims Studio have managed to successfully build off this idea and present an enticing expansion pack, delivering satisfying gameplay which allows you to build the social groups within your neighbourhoods. Given that many secondary aspects of this expansion are comparable to The Sims 2: Nightlife and The Sims 3: Late Night, introducing clubs was a nice complement to the range of coffee houses, nightclubs and other unique lot types / objects also available in-game.

The Sims 4 Get to Work

The Sims 4: Get Together

The Sims 3: Into the Future 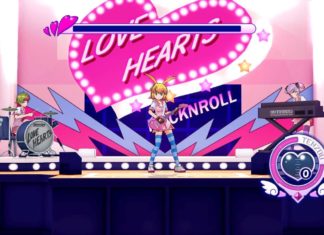 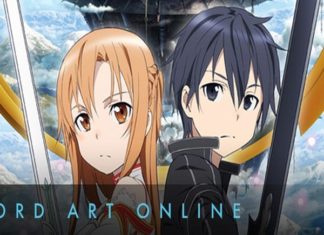 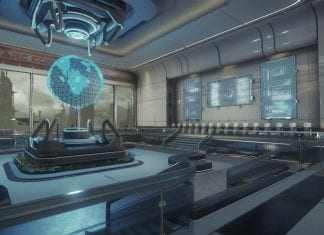 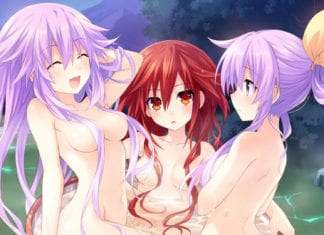