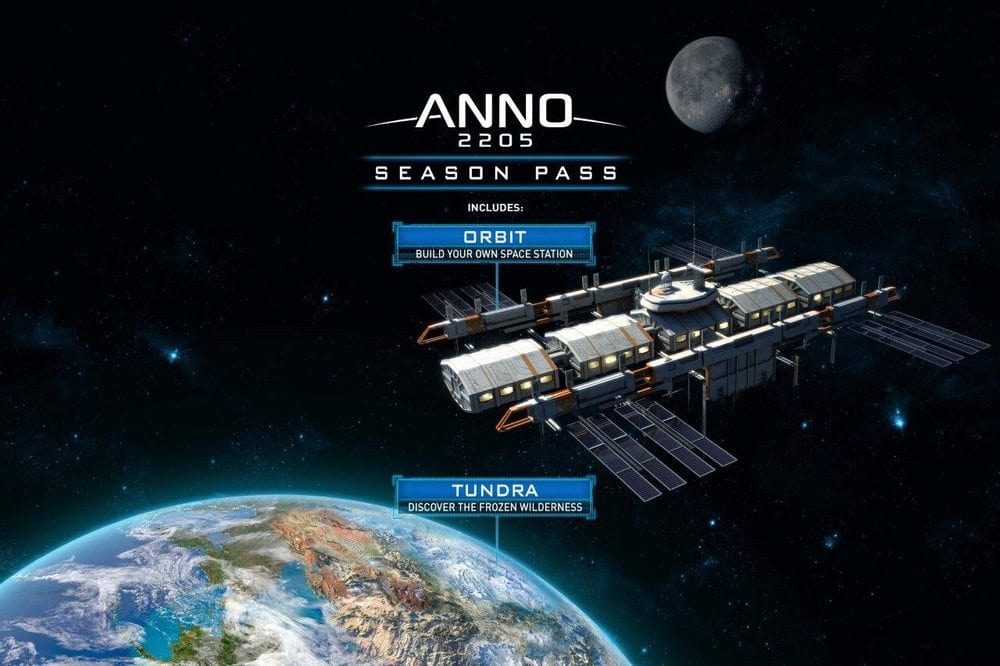 With their release of Anno 2205 now less than a fortnight away, Ubisoft and Blue Byte have shared information on two pieces of downloadable content which will be available for the game. The two expansions are titled “Tundra” and “Orbit”, with them taking players into a frozen wilderness and onto a space station respectively. Each of these will include new regions to explore, new challenges to overcome and new missions to complete. Information on both of these can be found below:

Players will roam the marshes and cross the fjords as they expand their corporation into the Tundra sector, Vanha Plains. Immersed in this new continental sector, they can observe the muskoxen from above from in their new high-tech aircraft and master the biggest sector project to solve the mystery of the forgotten ECO sanctuaries

Anno 2205 is set for release on the PC beginning November 3rd 2015. Both pieces of aforementioned DLC content will be available for purchase/download at a later date.