Earlier this year, North American anime publisher Maiden Japan released the Corpse Party OVA series on DVD and Blu-ray in their supported regions. But this is not the only video release we will be seeing in western markets this year based around the Corpse Party video game franchise. Switchblade Pictures have recently confirmed their plans to release the Live Action Corpse Party film in September 2016.

This 96-minute film will be available on DVD and Blu-ray, priced at $14.98 and $24.98 respectively. It shouldn’t come as much of a surprise that the film will only be available with Japanese audio.

A second film, Corpse Party: Book of Shadows, is currently in the works. There is no word if Switchblade Pictures will also work on this film at some point.

Horror Movie Lesson Number One: if you want to stay in touch with your friends, performing a binding ceremony on the grounds of a school that was demolished after a series of horrific murders may not be a great idea. Otherwise, as a group of Japanese teens quickly learn to their horror, the simple ritual may open a doorway to an otherworldly dimension where the infamous Heavenly Host High still exists, and the demonic occupants within seek to redecorate the gore-soaked and carnage-strewn halls with a new set of bloody corpses. Now, it’s a brutal education in supernatural survival as the students fight both the resident spirits and each other, where the odds of graduating alive, let alone in one piece, are sliced shorter and shorter with every heart-pounding second. Japan’s ultra-violent videogame and anime phenomenon becomes a shocking live action feature film as hell is unleashed at the CORPSE PARTY! 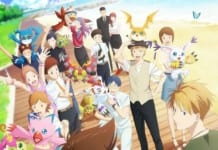 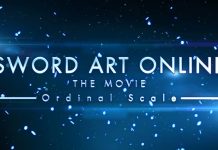 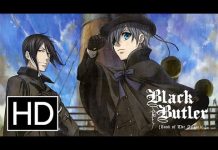 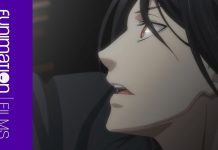 Black Butler: Book of the Atlantic to Have Theatrical Screenings in North America Next Month 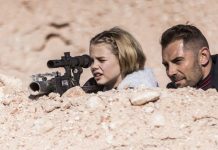 The Osiris Child to Launch on DVD, Blu-ray in Australia From August 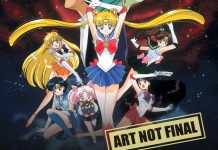