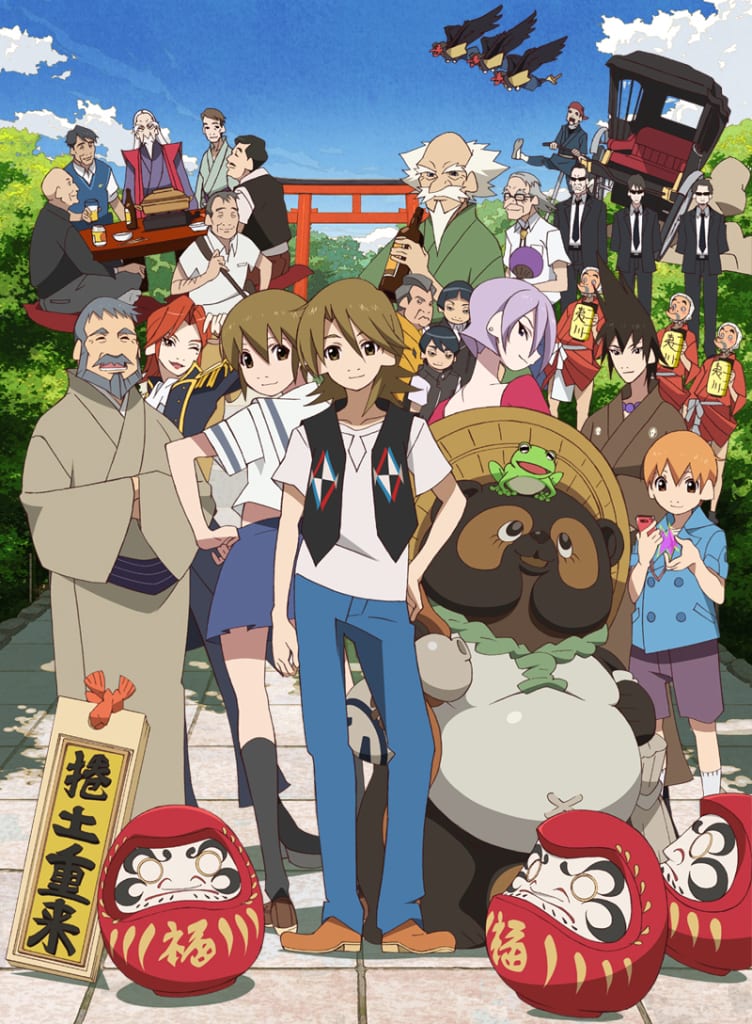 Nippon Ichi Software America have announced their acquisition of the Japanese anime series Uchoten Kazoku, which they will release to market eventually under the title The Eccentric Family. This 13-episode series produced by P.A. Works originally aired in Japan last season, and has now been made available to watch officially via Crunchyroll and Hulu services.

At this point in time, their usual premium edition release of the series is planned, but there is no set date for it as of this post.

The Shimogamo family lives in Shimogamo Jinja’s Tadasu no Mori. The father, Soichiro, used to be the head of tanuki society, but without warning one day he was made into tanuki stew, and no one knows how it happened.

He left four sons behind: Yasaburo, the third son who inherited a rich strain of his great father’s “idiot blood”; Yaichiro, the diligent eldest son who has a tough time pulling through in a pinch; Yajiro, the second eldest who secludes himself in a well as a frog; and Yashiro, the timid youngest brother who shows his tail at the drop of a hat. They all live happily with their mother, a serious Takarazuka fan, with the motto that, “What is fun is good.” After taking care of Professor Akadama, a retired Great Tengu, being manipulated by the beautiful Benten, a human girl with divine powers, and fighting air-battles against their rivals, the Ebisugawa family, in the night sky over the Daimonji Gozan Fire Festival, the Shimogamo family suddenly finds itself in a desperate fix.

Will the truth behind how their father got stewed be revealed?! What does fate have in store for this strongly bonded family?!